Eastern Margins speaks to Chantal Wong: culture director at Eaton, a creative hub and cultural incubator in Hong Kong, about the current mood in the city’s artistic community

“We are still trying to figure out how to adapt to the situation, as it really is very new.

At Eaton, we are questioning how we continue doing work, when it's not only about the political situation but also under different forms of censorship. It's not only about politics or separatism, it’s like - what if we can’t talk about feminism, or LGBT rights, or any kind of ‘ism'"

"How do you start preparing emotionally and psychologically for a world where you're not sure what you can talk about and what you can question? What does that even look like?”

“I asked a friend who was active in the movement: what do you do now? And he said:

"I think we need to accept that we failed. But that doesn’t make me sad because we knew this would come, so there's no point being sad now.

Some young people who have recently been arrested and imprisoned are sending out mass messages to those still active, saying - you need to now live your life, because otherwise why have we done all this? What are we fighting for?"

So while people would expect us in Hong Kong to feel really heavy, in fact we have a sense of needing to adapt to a new normal, otherwise we would constantly be in depression - it doesn’t mean this is a permanent acceptance, but maybe this battle is done.

There are of course people still on the street, people making documentaries - but I think the physical fight, at least one part of it, is over, and now it’s more a question of how do we accept the new normal and respond to that?” 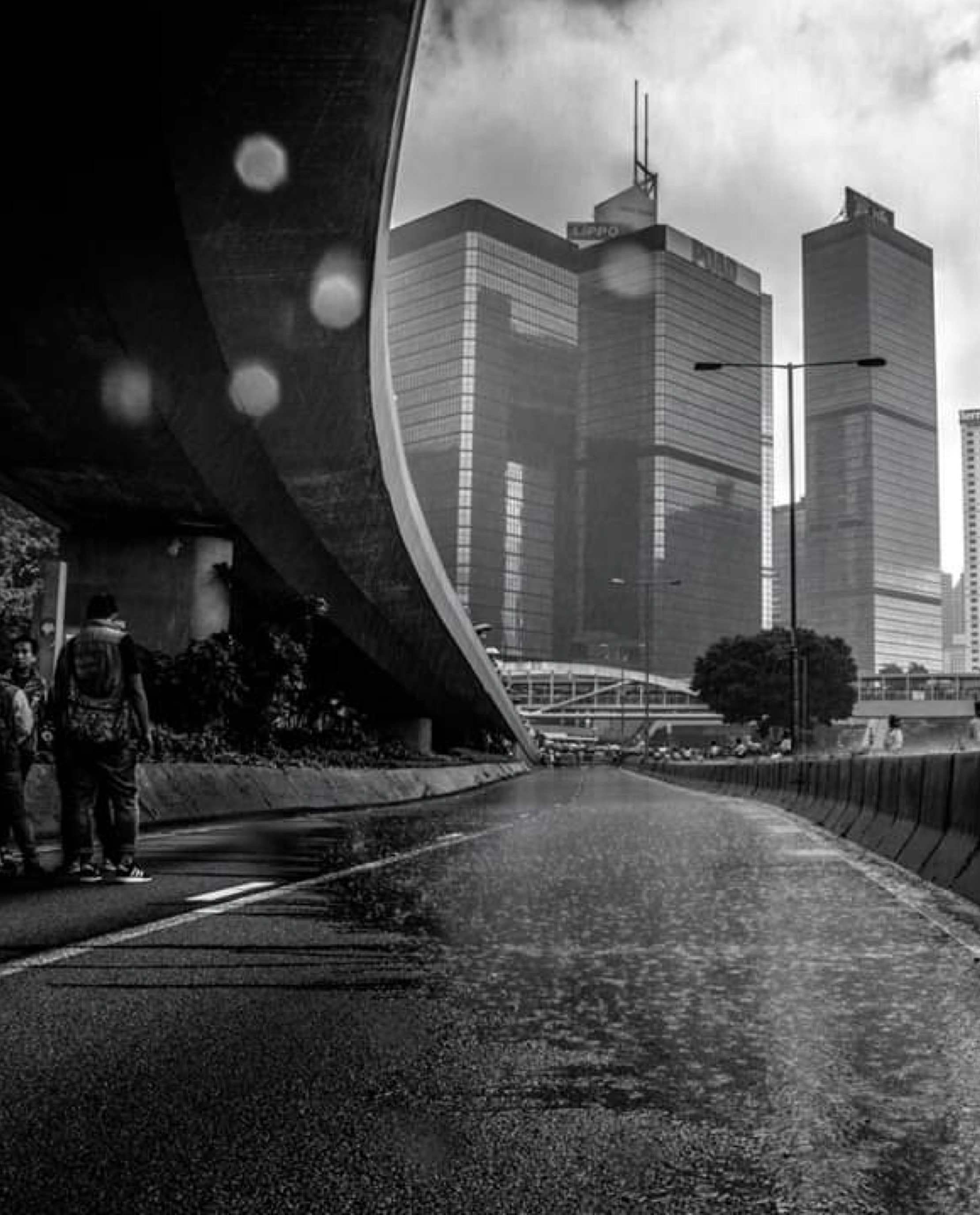 "So I think if people look back or listen to the noise or sounds coming out of this period, before there was a sense of darkness… but right now, I’m not so sure what they will feel because it’s so new."

“I don’t think there has necessarily been a change in the art that was being produced here in Hong Kong.

As the political situation has been shifting for a long time, obviously there is a sense of urgency, because no one knows when anything will permanently stop - who knows when the systems will totally change.
‍
I also think it is an emotional urgency, it comes from the inside where whatever the emotions are, it's kind of just expelling outwards.

So I think if people look back or listen to the noise or sounds coming out of this period, before there was a sense of darkness… but right now, I’m not so sure what they will feel because it’s so new.
‍
There does seem to be a sense of going towards the archival, which is probably a little bit new in Hong Kong. It’s what you do when you’re afraid of what the truth [will look like] or you’re questioning how we will be able to storytell or what information we can trust in the future.
‍
I think there will be a lot of archiving, documenting and generally making sure that stuff exists.”

“It’s interesting because the arts scene in Taiwan a few years ago saw a lot of artwork about politics, and that became the dominating landscape. In Hong Kong, artists are still having that debate - ‘should I be making things that are so political’?
‍
I think the main thing for artists is they are asking themselves - is it authentic? If I’ve never in the past really been working in this medium before, how do I apply this energy in an authentic way?
‍
I think also as the relationship to your art and the situation evolves, it’s very complex…maybe before you felt like you were still fighting for something - but then eventually it’s like, are you actually useful anymore?

"But Out of all the creative art forms, I think music has definitely been the best example of reflecting the emotional trauma that Hong Kong has been through.” 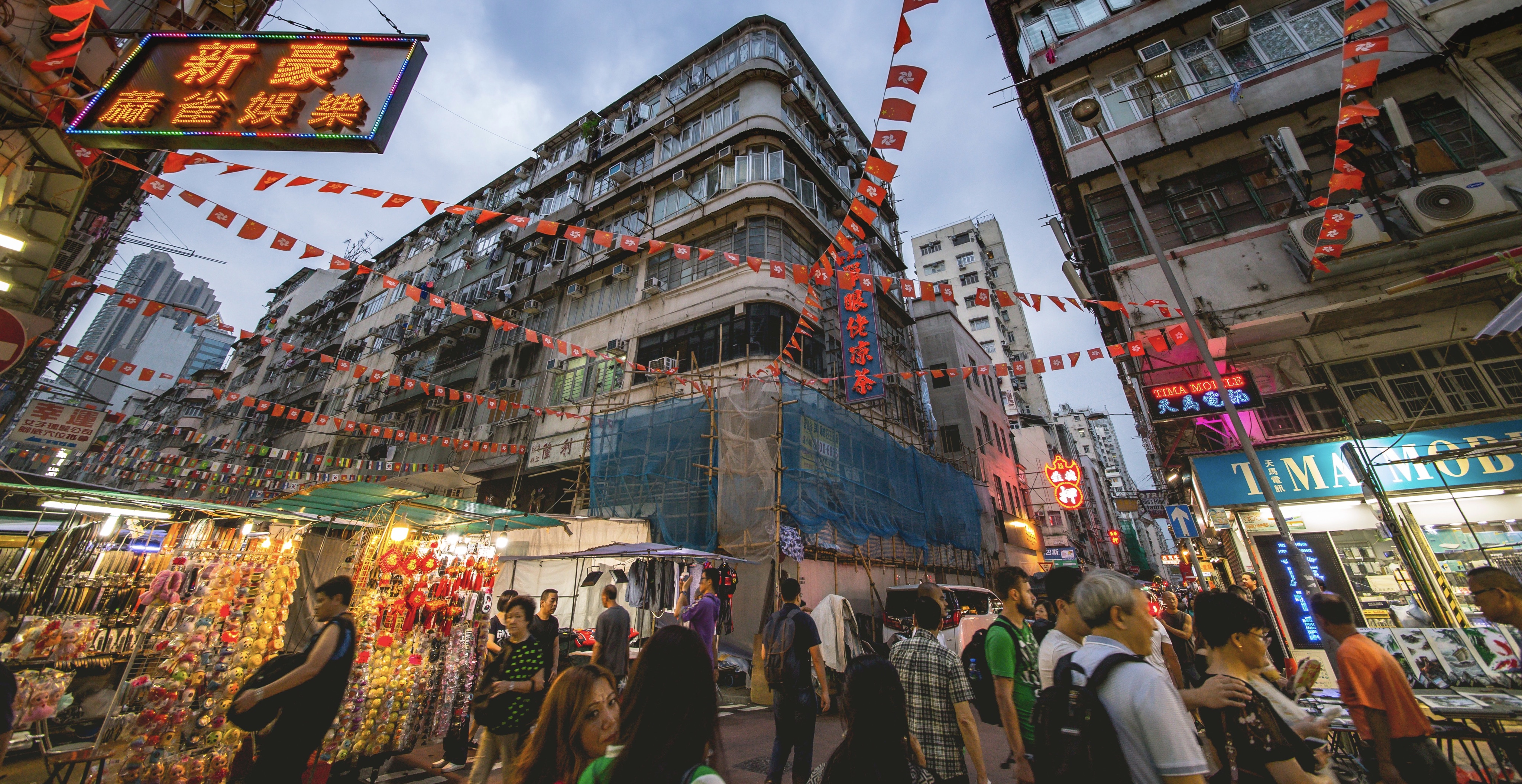 “For example, [Hong Kong music producer] Alexmalism’s new material is a lot more raw, visceral and direct - whether or not that’s directly from the protests, it captured the emotional turmoil that we’ve all been through as a response to his feelings.
‍
However with more visual art forms, I think it takes some more thought to respond to something that's so immediate, like our current situation.

Through more conceptual art, sometimes you can actually take away from the immediate emotions of it.
‍
So while there are amazing visual artists here, I think they need some time to know how to respond to what's happening - because at the moment, you’re either going to continue making the work you do, or you’re out there fighting for the cause,  or you’re just trying to process everything that’s going on.”

“It’s a super interesting time [for the arts community]; the sense of questioning your identity and inventing it - what it means to be local in Hong Kong, or to feel a sense of pride.

A few months ago it felt like Hong Kong was going through this unique thing, but now I’m looking at what’s happening over in the US and I’m so excited about what’s happening around the world… even though of course there’s also pain and it’s kind of all crumbling.”

“I was thinking that the more people try to hold onto something, the more it will break down. But actually if it can be more fluid, then things can mould with time. That’s what the problem right now is - that some people are trying to contain everything.

I find it a strangely hopeful time, and there’s a certain level of everybody having to go back to their core.

Even if we can’t do everything that we all did before, if we can get back to everybody’s core, that’s probably what’s most important - I feel like it’s a process of everybody getting there together.”