Shelhiel had a dream when he was 8 years old where he was in the centre of a colosseum performing to a massive crowd. He would then continue to have this vision reoccur whilst at church. Later in his life, three things started Shelhiel on his musical evolution:  church, the techno raves during the Hungry Ghost festival across from his house and outdated video games.

Being a performer and a musician is something he has always wanted to do. Kedah born, Kuala Lumpur based, Shelhiel is constantly immersed in the rich tapestry that is Malaysian culture. The multifaceted artist is also not short of accolades: from winning Mandarin songwriting competitions and “Best Arranger” in local music awards to creating the theme song for the Netflix show The Ghost Bride, he has also toured at festivals such as Good Vibes Festival and Urbanscapes opening for artists such as FKJ, Crystal Castles and HYUKOH. Following his latest release via Eastern Margins, a remix album of his inaugural EP SUPERSTROBE - Shelhiel sits down via zoom with Cheri and Jex to discuss his music and other pressing topics such as his favourite foods.

"I am often inspired by a lot of ‘renaissance’ artists like Virgil Abloh and Kanye West who have managed to shape culture in some way." 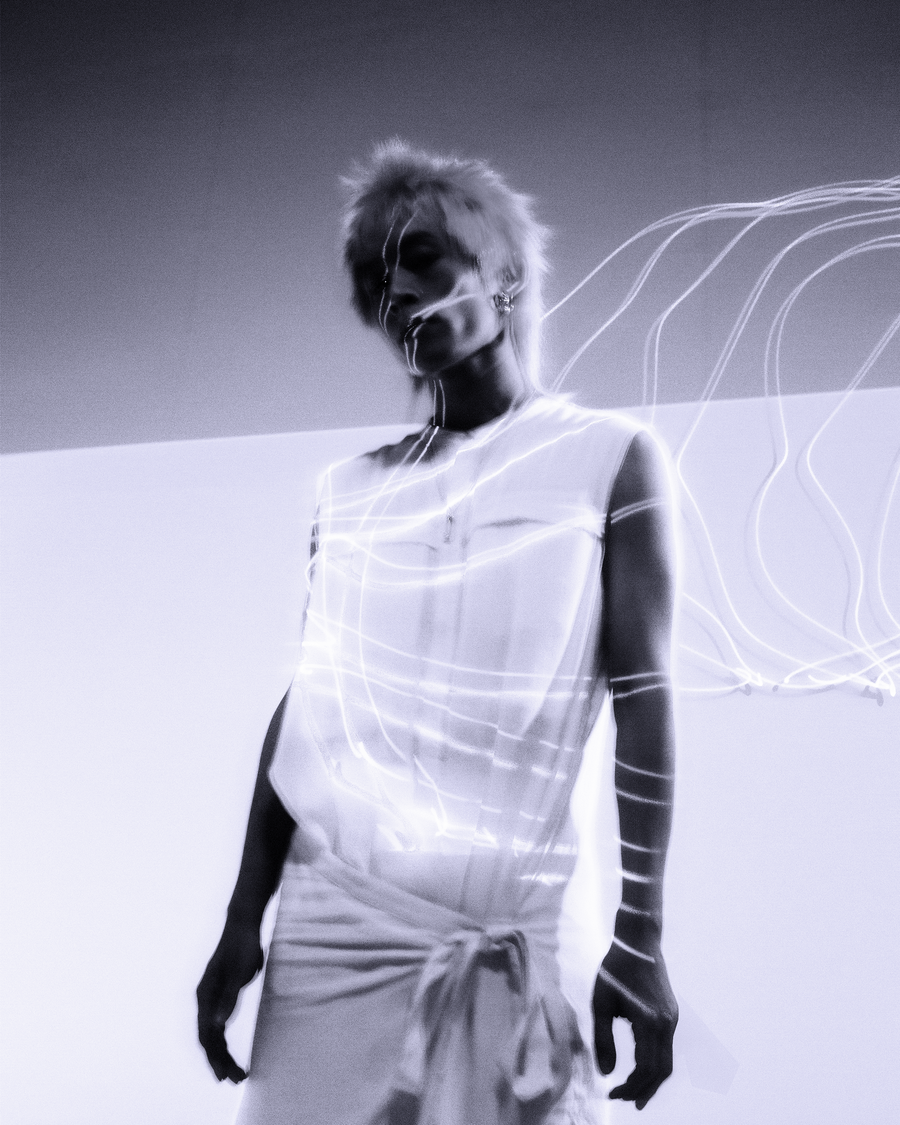 Cheri: The sound on this (SUPERSTROBE) EP is nostalgically magical yet timeless - who would you say your inspirations are?
I am often inspired by a lot of ‘renaissance’ artists like Virgil and Kanye who have managed to shape culture in some way. Right now, I am loving Himera, a producer who experiments with arpeggiated synths, bootlegs of PC Music and drumless beats. The aim is to become big, as I want the power to create and make everything I want but also be able to financially pay and support my team to do bigger and better things.
‍
Cheri: The EP definitely feels like it embodies this philosophy - what was the creative process ‘SUPERSTROBE’?
'Merindu' was written in 2017 and Fashion Angel in 2018, but overall I spent around five to six months writing the majority of SUPERSTROBE. When I feel like a melody is timeless that’s when I know it will be something. I was actually incredibly perfectionistic about this project and only one song didn’t make the final cut. I often have very few empty beats lying around; if it’s incomplete it’s usually because I don’t have time to write any more songs. When I have an idea I already have the end product in mind, so I know whatever I work on will usually always end up coming together. I’ve already drawn an idea-map for every venture I want to take - it’s just a matter of which one it will be next.

Cheri: How would you say growing up away from the city impacted you as an artist?
I only moved to the capital two years ago, and I’ve recently realised what a good thing it is not to have grown up in the city. In the city, you’re like a sponge constantly absorbing everything around you, and the peer pressure is real when it comes to everyone trying to look cool and portray themselves a certain way. Growing up in the countryside in my hometown of Kedah, I am my own world, and I find my musical influences are innate within me.

‍Cheri: Having grown up in a traditional faith system like the church, did you ever feel any conflict with trying to balance religion with being an artist?
I was always wondering how I could navigate being faithful to God whilst expressing myself - I remember already asking my mum at aged twelve if there were any passages in the bible against me getting tattoos. There seems to be two extremes - one side is people telling you it’s not allowed, and the other being that you can do whatever you want as long as you love God and people, which is where I land. However, the older I’ve gotten, I have realised that faith is within myself and God and as long as I am giving out and expressing the right messages people will always resonate with you - I am just me.‍

How does being a multilingual artist impact the reception of your music?
The fact that I sing in Mandarin, Malay and English has meant that my music has been received well by a lot of people across many places, and that has put me in an interesting spot within Malaysia’s music industry. As it’s not part of the mass music market things have been a little slower, but I believe that you reap what you sow, and so the people it has resonated with really connect with it.

‍‍Cheri: You’ve said that you classify your genre as’ M-Pop’ - how would you say your exploration of this style is going?
Recently there have been a lot of M-Pop groups (akin to K-pop girl and boy bands) that have started to pop up, which has been great as the music quality and production is improving tremendously. However, for me, M-Pop is something I want to explore in a creative and innovative sense as opposed to the cultural aspect of it. I am always asking what genres and styles I can merge together that have never been put together before to create something that is familiar but refreshing, which I feel like is my default template for anything I make.
‍
Cheri: Being able to connect anywhere and anyone because of Globalisation and Social Media is both a crazy and cool thing - what is something that you never expected to discover because of it?
Have you guys heard any Malay Drill? You should hear Mandarin mixed in with roadman slang - it’s wild.

Delving deeper into Malaysian culture, the topic of food arises.

Cheri: On Malaysia’s number one love - food:
My go to order at the Kopi Tiam (Malay for ‘Coffee Shop’ which refers to large outdoor food courts) is toast, Kayah (coconut jam), a half-boiled egg with Kopi C (a special Malaysian coffee with milk but no sugar). I also love Ais Kachang (a Malaysian dessert which consists of shaved ice with syrup and a variety of toppings such a jelly and fruit), but the best in the whole of Malaysia is maltose syrup ais kacang / 麦芽糖ABC.

‍Jex: What is your favourite flavour of ice cream?
Yam and Durian

‍Jex: What would your death row meal be?

Shelhiel is stumped and at this point, the zoom has run out of time as Jex refuses to pay for it. A day later, in a series of text messages, Shelhiel reveals his last meal would be his grandmothers home made Assam Laksa. 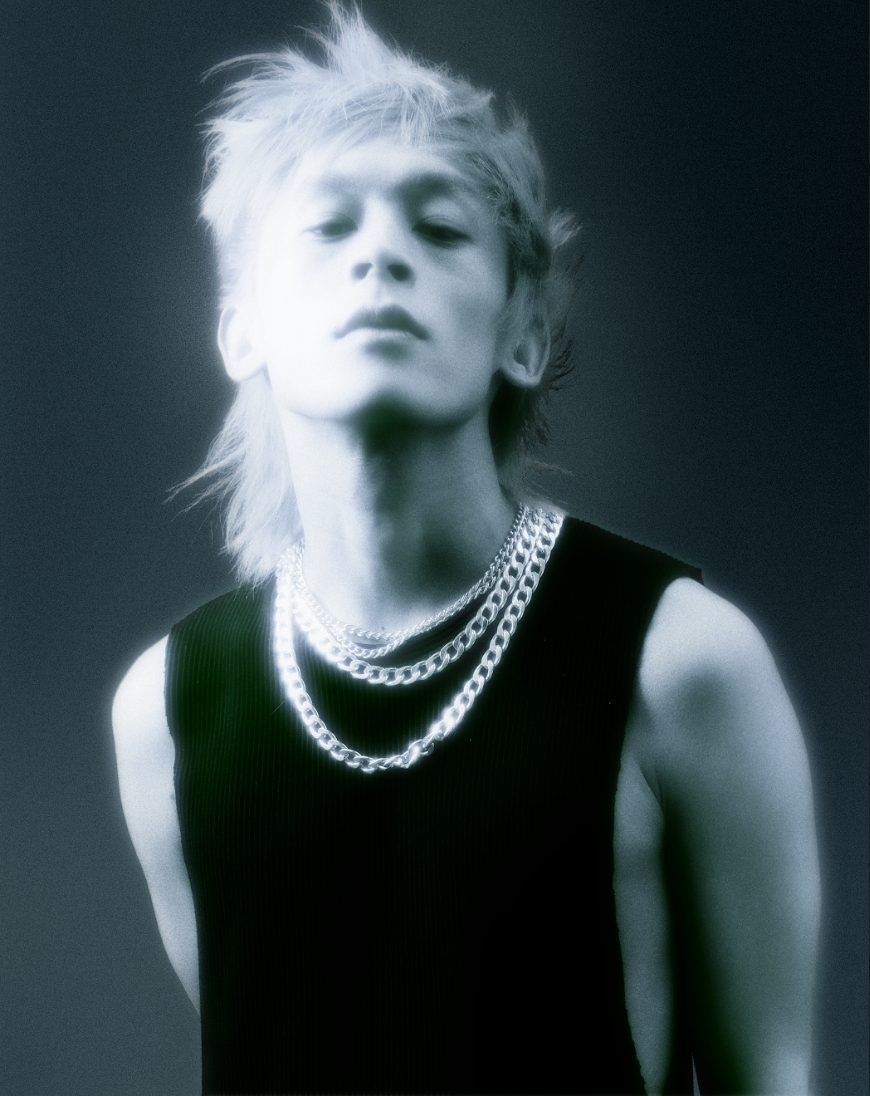 You can find more music from Shelhiel here
To keep up with Shelhiel, you can follow him on social media here: Instagram | Twitter
‍
Interview by Cheri and Jex from Eastern Margins
‍