What was the idea behind combining your music with your cooking videos?
‍
Near the beginning of my career, my @snackswithyeo handle was chosen because ‘Yeo’ was too short for online social platforms or already taken. I started casually posting food content a few years ago, and they received lots of drool reacts from followers and listeners, so I’ve just run with it since. It became more established with this record when my manager Small FRY planned video shoots and scheduled a release timeline. It’s been so much fun.

In my mind, there’s a strong emotional relationship between people, music, and food. I’m sure artists like ?uestlove, Action Bronson and Kelis would concur – they’re obviously lovers of all the above. Food is just as sensually transportive as music. Both can take you to a specific place and time, and it is often a pure pleasure to experience that ride. When I started putting effort into home cooking during my mid-twenties, the intention was to express my love for the people I was cooking for. That love has since grown to envelop the process itself, and I find myself joyfully lost to a flow state in a kitchen, much the same as in a recording studio.

How did you pick the dishes you chose to feature alongside your music?

To avoid on-camera failure as an amateur cook, I decided on dishes that were relatively simple yet visually interesting. Char siu has a process that’s fun to watch and results in a rich finishing colour. Tauhu telur has height which is always impressive on a plate. Steaming a whole fish requires only a few steps but you can almost feel the melting white flesh, taste the ginger tang, and smell the coriander through the screen. Considering my Malaysian and Chinese background, it made sense for them to be of a south-east Asian flavour. 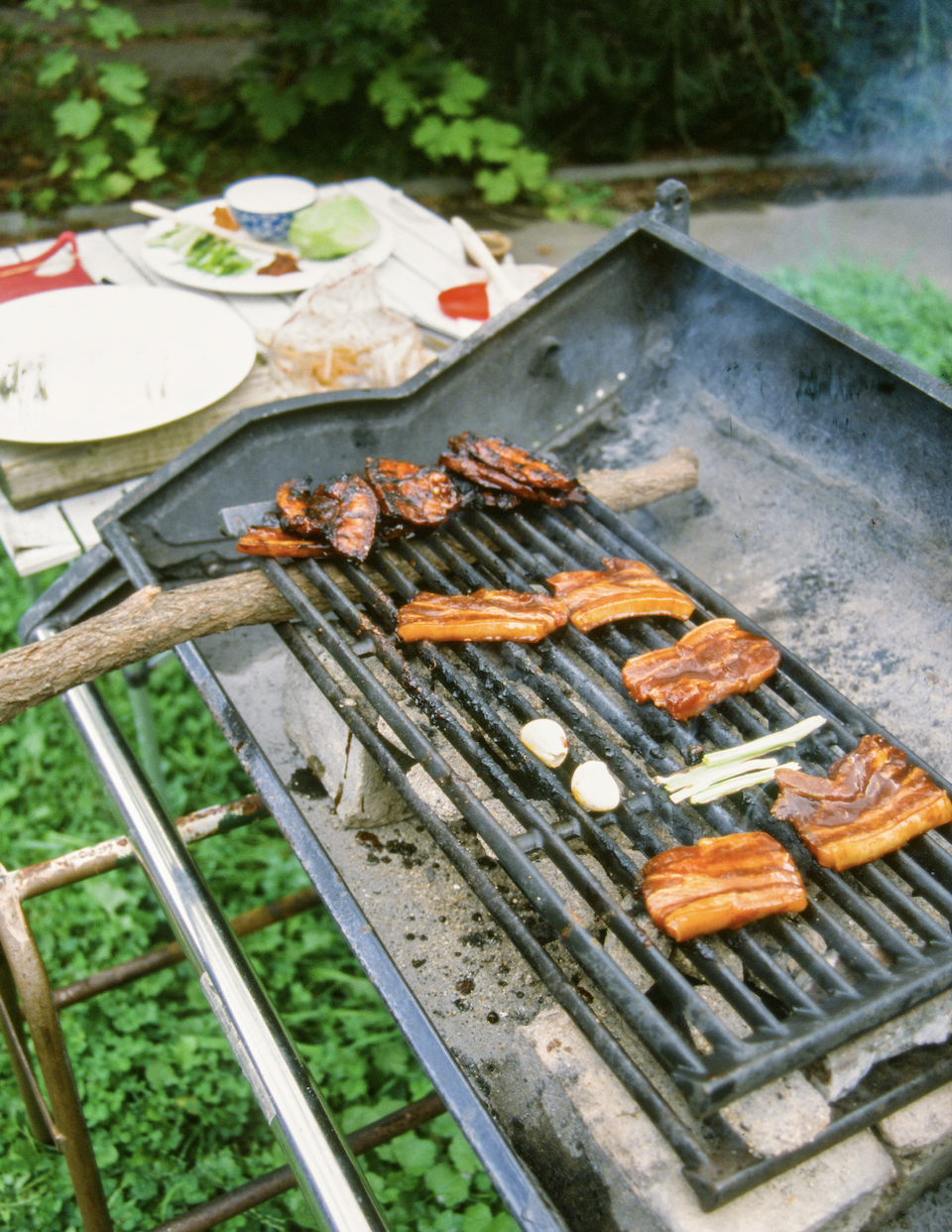 Our 'Add Oil' series is about the meals that remind you of home. What does home mean to you, and are there any particular meals that evoke this sense for you?
‍
I moved around a bit as a kid between Queensland and Victoria - and also took frequent trips to Malaysia with my parents, so my concept of home is quite chapalang [colloquial Malaysian slang for a mixture of different elements]. It’s where my family are, it’s where my friends are, it’s where my parents are from, and it’s where my ancestors are from. Naarm is home, with my bed, sports teams, and well-stocked kitchen. Meanjin is also home, where my mother lives and will make me a great chicken curry that is somehow simultaneously healthy and tasty. Much of Asia is also home, upholding my cultural heritage, my natural sense of normal, my favourite original flavours and smells and an unrelenting humidity. I have dear friends in all those places.

And if I want to time travel, I eat chicken rice. It reminds me of waking up to tapao [take-away food] including satay sticks and iced barley drinks that my grandpa would bring me for breakfast when I was a small child in Penang.

Check out more from @snackswithyeo here.